All Info for H.R.4336 - 114th Congress (2015-2016): An act to amend title 38, United States Code, to provide for the inurnment in Arlington National Cemetery of the cremated remains of certain persons whose service has been determined to be active service. ARLINGTON -- The town needs a part-time administrator, according to a committee appointed to study local government. Kevin Daily and Donald Umlauf were appointed by the Select Board about two years ago to research the town's governmental needs and options and make a recommendation to the board.

President and CEO Thomas A. 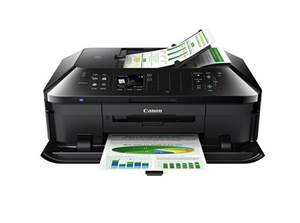 Since then, he has led SVHC to several national and regional recognitions, including as a four-time Magnet for Nursing Excellence designee, a Joint Commission Top Performer on Key Quality Measures, one of Vermont Magazine’s Best Places to Work, and one of the “Top 150 Places to Work in Health Care” as noted by Becker’s Hospital Review. Among the notable projects of the past three years, Tom has worked with his team to expand the health system’s partnership with Dartmouth-Hitchcock, increase access to primary care, improve patient safety and experience, enhance employee engagement, and maintain a strong financial operation.

Before SVHC, Tom worked for Health Alliance in Kingston, NY, an integrated health system of three hospitals. Tom was president and chief executive officer of the 222-bed Benedictine Hospital for more than 17 years. He has a Bachelor of Science in Business Administration and a master's in Healthcare Administration, both from Xavier University in Ohio. Chief Nursing Officer Mary Botter, currently Southern Vermont College’s Chair of the Division of Nursing and Health Services, became SVHC’s new Chief Nursing Officer in August 2018. Botter has significant nursing leadership experience, including previously serving as CNO at Fletcher Allen Health Care (currently called UVM Medical Center).

She has also worked in numerous nursing executive positions in large healthcare organizations, including Mercy Hospital (Miami, FL), Albert Einstein Medical Center (Philadelphia), and St. Christopher’s Hospital for Children (Philadelphia) and previously served as the executive director for the Vermont Board of Nursing. Mary received her PhD and MSN from the University of Pennsylvania and her BSN from Duke University. Vice President for Human Resources Bringing more than 15 years of human resources experience and a background in law, Kevin Dailey began work at SVHC in January 2015.

Welcome to Excel 2016 for Mac: Pivot Tables in Depth. In this course, I'll show you how to use Pivot Tables to gain valuable insights from your organization's data. I'll begin by showing you how to create a Pivot Table from data already in your Excel workbooks. Kevin's most recent previous position was as director of Human Resources for Mack Molding Company, Inc. In Arlington, VT. Before that, he was partner in the legal firm of Dailey & Dailey, P.C., in Manchester, VT. Kevin holds a bachelor’s degree from the University of Vermont and a juris doctor degree from Vermont Law School. He is an ardent volunteer.